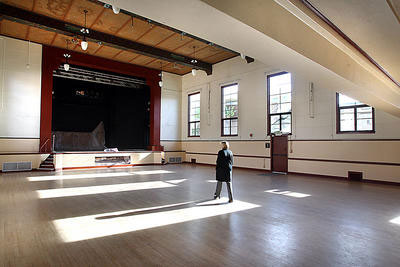 SANTA CRUZ — It’s not quite in time to revisit an annual Thanksgiving dinner, but it does count as an early Christmas present.

Nearly three years after the Santa Cruz Veterans Memorial Building closed due to structural and seismic concerns, the building is finally about to be reopened. With the county recently signing off on the multimillion-dollar project’s completion, veteran’s groups will start moving back in within a matter of days.

“We won. We prevailed. Didn’t lose anybody yet,” said Bob Patton, president of the United Veteran’s Council and vice commander of the Bill Motto VFW Post 5888. “Maybe there’s some wounded pride from our battle with the county, but we’re back.”

Read the article in the Sentinel